There’s a local derby on the horizon for Southampton FC Women, who travel to Southampton Women in National League South West.

After two from two in the division, Marieanne Spacey-Cale face a local derby on Wednesday as they travel to face Southampton Women’s.

Saints will be looking to carry on their momentum from Sunday, where in front of the Virgin Media cameras they ran out 5-1 winners over Buckland Athletic.

A hat-trick from Ella Pusey, alongside an effort from Alisha Ware and a Buckland own goal, meant it was two successive 5-1 victories for Spacey-Cale’s side.

Southampton have only played once in the division so far, losing away at Buckland 2-0 on the opening weekend.

The last match-up between these two sides resulted in something of a rarity regarding Saints; 90 minutes without a goal.

When Southampton Women visited Snows Stadium at the start of September last year, they became the only side to hold Spacey-Cale’s side in the league last season.

In front of 500 people, Saints dominated the ball and created a number of chances, particularly during the second half.

But their visitors proved stubborn, holding out for a 0-0 draw.

Spacey-Cale was full of praise for her side following Sunday’s emphatic win over Buckland Athletic, but was keen to reiterate their ability to improve in some areas.

“Really pleased, two good games so far,” said Spacey-Cale. “But we know there’s still room for improvement and as a coach you’re always going to look for improvement but happy with where we are at the moment.

“Buckland gave us a really good game they were strong, they pressed us a few times, but the girls worked that out and played a different way.

“We’ve got a really strong squad. We wanted to give some minutes and there’s others that have played today for the B team. We have another game on Wednesday now and I’m sure I’m going to need some Anadin to make the decision!”

On that game on Wednesday, Spacey-Cale was under no illusions over the qualities their upcoming opponents possess.

“I think it’s going to be another strong game. They’ll be very, very competitive. They’ll see it as a massive derby.

“So we have to approach the game the way we approach every game and be really strong in the conviction of how we play, but also very solid defensively because we know that they’re going to come at us.”

Pusey: Hard work is paying off 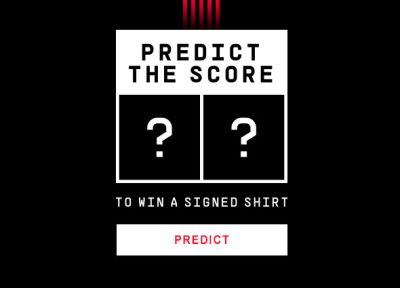