Technical Director Martin Hunter was delighted with his side’s professional performance in their Checkatrade Trophy clash with Charlton Athletic.

After a goalless draw in 90 minutes, which Saints dominated for long periods, Hunter’s side lost out on a bonus point following a 5-4 penalty shootout defeat.

But Hunter was happy with his side’s display, as they more than matched their League 1 counterparts at the Valley in their opening group stage game.

“I thought we were terrific,” Hunter told saintsfc.co.uk. “Every player contributed and we were very good against an experienced opponent.

“They looked like a Southampton team with a good understanding both collectively and individually. I thought some of our pressing work and play through the thirds was excellent.

“I got exactly what I asked for and more. We were very disciplined, very professional and their decision making most of the time was very good, so that bodes well for the future.

“The more experienced players helped the younger players, bearing in mind we had a couple of 17 year-olds out on the pitch, they all helped each other.

“I think Alex [McCarthy] only had one real save to make in the 90 minutes, that shows it was a very good team performance.”

The only aspect Hunter wanted to see improve moving forward was Saints’ play in the final third. “We need to be more clinical in our finishing and final passes,” he added.

“I thought our approach play up until the final third was very good, but we needed to show a bit more technical ability with our crossing and shooting.

“Apart from that, I was delighted.” 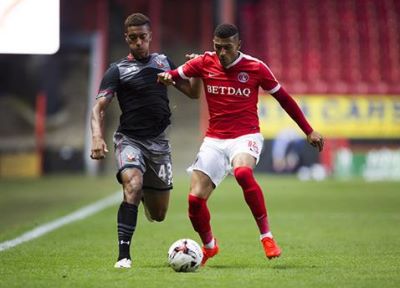