When and where Southampton's stars will be in action.

Video: The Wall meets The Wall

Fraser Forster ranks the best saves of his Saints career.

The goalkeeper produced an outstanding display in 2016.

Men's and women's players get into the festive spirit.

Check out our FPL tips as Saints embark on another double gameweek.

Goalkeeper sets sights on rewriting history for the club he loves.

Forster: It’s great to be back

The first Loan Watch of March from across Europe and beyond.

A look at how our loanees fared.

The latest loan watch round-up, in association with Kuflink.

The latest Saints loan watch from across Europe.

The latest from Southampton's loanees across Europe. 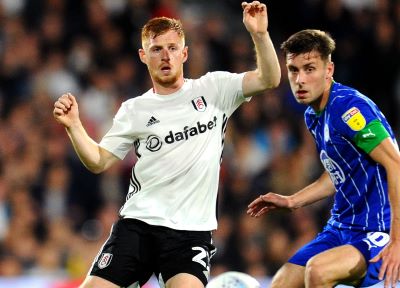 Your summary of how Saints' loanees got on this weekend.

A look at how those out on loan fared at the weekend.

A round-up of loanee action from the weekend past.

League Only
League Only All
Last updated 18 May 2022

Fraser Forster was born in the Northumberland town of Hexham on 17th March 1988.

He did not take a serious interest in football until his teens, preferring rugby and cricket, but, after starting out as an outfielder with a village side in Stockham, he became a goalkeeper when he joined Newburn.

Aged 13, Forster joined the famous Wallsend Boys Club, from where a number of players – including ex-Saints Alan Shearer and Tommy Widdrington – have gone on to play professional football.

Signing for the Toon

In 2005, aged 17, he moved to Newcastle United and soon signed a professional contract with the club.

With Tim Krul out on loan, Forster began the 2007/08 campaign as the Magpies’ third-choice goalkeeper. A summer injury to Shay Given saw the 19-year-old elevated to the bench for the first two games of the season. He would return to the squad in November when Given was ruled out once more, making the bench a total of 16 times across the course of the campaign.

With Krul back at the club, it was then Forster’s turn to move on loan as he joined League 1 side Stockport County on 2nd October 2008. Five days later, he made his professional debut in Stockport’s 1-0 away defeat to Bury in the Johnstone’s Paint Trophy.

Going out on loan

During his one-month spell with the Hatters, 20-year-old Fraser made seven appearances, keeping clean sheets in the latter three, before returning to Newcastle.

With Krul by then on loan at Carlisle, Forster was called onto the bench for another three-game stint when Given picked up another injury at the start of 2009 but a Newcastle debut remained elusive.

Given departed St James’ Park that summer following the club’s relegation to the Championship, moving Forster up to third choice once again. However, it was decided that he would benefit more from another loan spell, and so he joined Bristol Rovers on a one-month loan deal on 31st July 2009.

He first appearance for Rovers came on the opening day of the 2009/2010 League 1 season, as he played in a 2-1 home loss to Leyton Orient. Future Saint Rickie Lambert scored the hosts’ goal.

Forster kept a clean sheet on two of his other three appearances, one of which was a win over former loan side Stockport, before he was poached away by another League 1 side, Norwich City, who jumped in to take him on loan when his Rovers spell came to an end.

Linking up with Lambert

Paul Lambert, who took over the recently-relegated Canaries one game into the season, made Forster his made signing and immediately installed him as his first-choice goalkeeper.

On Saturday 21st November 2009, Forster was between the sticks when the Canaries travelled to face Southampton at St Mary’s, with the two sides playing out a 2-2 draw.

Norwich would return to St Mary’s the following month in the Johnstone’s Paint Trophy. After another 2-2 draw, the game went to penalties, with Forster saving spot-kicks from Lloyd James and Michail Antonio only for Saints to win 6-5 thanks to the heroics of Bartosz Bialkowski.

Overall, the campaign was a successful one for Norwich and Forster alike. The Canaries claimed the League 1 title, while the ‘keeper won the divisional Golden Glove award having kept 20 clean sheets in 42 appearances.

On 24th August 2010, Forster joined Scottish giants Glasgow Celtic on a season-long loan as a replacement for Artur Boruc, who had moved to Italy that summer after five years in Scotland.

Forster missed only two games all season, keeping 24 clean sheets in 44 appearances – the highest in the division – as Celtic came second in the Scottish Premier League and lifted the Scottish Cup.

After spending the summer with Newcastle and making the bench for their Premier League opener against Arsenal, Forster was allowed to return to Celtic on another season-long loan on 17th August 2011. Also joining that summer was 20-year-old midfielder Victor Wanyama.

It was in the 2011/12 season that Forster would make his first European appearances, with Celtic making it to the group stage of the UEFA Europa League. The campaign would end with the club winning their first league title in four years.

On a personal level, it was another fruitful campaign for the goalkeeper, who made 47 appearances and kept 26 clean sheets, again winning the award for the most shutouts in the SPL that season.

After two years on loan at Parkhead, Forster signed for Celtic on a permanent basis on 29th June 2012.

On 4th October 2012, Forster was called up to the England squad for the first time. It was with that Three Lions selection that he would work with Dave Watson for the first time, although he would have to wait for his international debut.

Having won the league in the previous campaign, Celtic would take part in that season’s UEFA Champions League. On 7th November, Forster and Wanyama were the protagonists in one of the club’s greatest ever evenings, with the Kenyan scoring the opening goal and the goalkeeper putting on an incredible performance as they beat FC Barcelona 2-1 at Parkhead.

Celtic would go on to win a second successive title as well as the Scottish Cup, while Forster won a fourth consecutive ‘golden glove’ award with 23 clean sheets in 51 games.

Forster’s final season in Scotland would be his most successful yet. Having continued to be named in England squads since his first call-up, his international debut arrived last November, as he started the Three Lions’ defeat by Chile at Wembley Stadium. Adam Lallana and Jay Rodriguez also made their first appearances that evening.

In February of this year, Forster set a Celtic record when he kept an 11th consecutive league clean sheet. The run continued, with a league record being broken as he reached 13 clean sheets before the streak was ended after 1,256 minutes when he conceded against Aberdeen.

The season would end with another SPL title, while Forster was named in the PFA Scotland Team of the Year. He kept the most clean sheets in the league once again, with 27 shutouts in 51 appearances in all competitions.

Forster was named in Hodgson’s squad for the 2014 FIFA World Cup finals, and won his second cap when he came on for the final quarter-hour of their warm-up draw with Honduras. Aged 26, the goalkeeper departed Celtic after almost 200 appearances and 102 clean sheets to return to the Premier League and play a part in the next stage of Southampton’s growth under the tutelage of Senior Goalkeeping Coach Dave Watson, with whom he also worked with at national level.

Forster comfortably made the transition from the SPL to the Premier League at the start of the 2014/15 season. Despite his season being curtailed by a knee injury in March, he narrowly missed out on the Premier League Golden Glove, with winner Joe Hart recording 14 clean sheets to Forster’s 13.

The stopper returned from his long-term injury in January 2016 and enjoyed immediate success – going 708 minutes without conceding a goal to help turn Southampton's season around and become a club-record holder. Forster went away with England to UEFA EURO 2016 in France during the summer of 2016, but did not feature under Roy Hodgson.

Forster continued his run in between the Saints sticks with 48 appearances during the 2016/17 season and went on a run of six clean sheets in a row, ending with 14 for the season.

The keeper was then awarded with a five year deal in the summer of 2017 but, in December 2017, Forster was replaced by latest recruit Alex McCarthy.

Forster would be the club number two and would then be challenged further by the arrival of Angus Gunn from Manchester City. The keeper would make his first appearance for the club since December 2017 in May 2019 in the 3-0 defeat to West Ham United.

A loan move to Celtic beckoned for Forster for the duration of the 2019/20 season, and he enjoyed a fruitful time in Glasgow, before heading back to Saints for the 2020/21 campaign where hes now challenging McCarthy and Gunn for a starting place.